Creating a network of support

Concussion Connect is a neurology and psychology group therapy program for those suffering the effects of repeated head injury, with risk of chronic traumatic encephalopathy (CTE).

Developed by Dr Rowena Mobbs and her team at Macquarie University, the Concussion Connect program is part of the research program into CTE.

CTE is a type of dementia and can result in troubles with memory, thinking, mood, and behaviour. Patients commonly experience difficulties performing as well as usual at work, empathising with others, regulating emotion including anger, making decisions, persisting with tasks, driving, learning or recalling. There may be self-care, hygiene, sleep, eating, and motivational disturbances.

Cognitive patients may superficially present as ‘well’ or as a ‘good patient’ in front of their practitioner but the collateral history reveals underlying neurocognitive symptoms. A ‘beneath the tip of the iceberg’ data approach is required to detect hidden, yet impairing, symptoms.

I don’t even know who I am anymore. I’ve lost any sense of joy.

Our Concussion Connect vision is to create a national mild traumatic brain injury network of expertise and support, reaching out to those with symptoms due to repeated concussion, and subconcussion, including those most at risk of chronic traumatic encephalopathy or CTE. We do not aim to diagnose probable CTE, but to connect those at risk. We will endeavour to reach both the patient and their carer, guiding with neurological and psychological advice, offering research, and connecting families to relevant local care.

Concussion Connect aims to provide a validation of a patient and family’s lived unique experience of repeated head injury using:

Concussion Connect was launched in 2020. Previously called Circle CTE, the group meets every second month, in sessions guided by at least one neurologist and one psychologist. 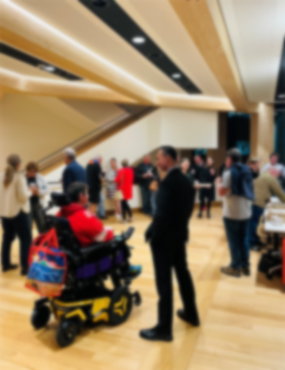 Patients or carers groups each form a circle of chairs. The atmosphere can be both fun and calming. Socialisation during the event provides a basis for wellbeing as patients, carers, clinicians, and researchers mingle.

Concussion Connect is maintained as a safe-place to discuss issues under strict confidentiality.

It is a cost-effective care program that is amenable to online sessions as outreach or during where COVID pandemic restrictions apply.

It is foreseen that use of existing services such as Dementia Australia, Brain Injury Australia, as well as newer initiatives such as the Illawarra Women’s Trauma Recovery Centre may become exciting avenues for Concussion Connect, with the benefit reaching patients facing the uncertainty of CTE risk.

Links to local sporting groups, Veterans groups, and community centres could be considered.

Roles change — you’re the mother, peacekeeper, secretary, accountant —but not really a wife.

What is CTE dementia?

CTE is a type of dementia in which many repeated injuries to a person’s head can lead to a loss of neurons and their connections over time. It is thought that brain vibration, inflammation, or a person’s genetic profile may play a role in the development of CTE dementia. Seemingly minor head knocks, called sub-concussions, as well as head knocks with symptoms, called concussions, are thought to increase the risk of developing CTE dementia. However, a single or low number of head knocks is unlikely to be a problem.

CTE has been found in boxing, football, competitive cycling and other types of contact or collision circumstances. Overseas, CTE has been shown in American football, where symptoms in life have matched the changes seen after death at brain autopsy. However, it is recognised that CTE can be due to non-sporting contact, including explosions or blast trauma, violent assault, family and domestic violence, or frequent falls leading to head impacts. Those with epilepsy, frailty, or blindness may be at higher risk of falls.

CTE has been called "punch drunk" syndrome or dementia pugilistica but these terms are no longer used.

There is no single test for CTE, however the likelihood of having CTE dementia is able to be identified by seeing a doctor and medical team qualified in the assessment of brain injury. The team may include neurologists, geriatricians, sports physicians, or rehabilitation specialists. Although there is no cure, prevention and care for those at risk of CTE is vital for good quality of life.

A wide range of symptoms can be experienced in CTE dementia. They are easily divided into thinking, mood, and behaviour changes. You or your loved one may recognise symptoms such as:

It is a good idea to seek help early if you have concerns about CTE dementia. A memory check with your doctor is a simple way to start. Other conditions resulting from head injury, such as post-concussion syndrome and migraine headache, can often be detected.

From there, referral to specialists in CTE can be made, and tests like MRI brain scans and cognitive screening can be arranged. Sometimes there may be two or more causes of dementia identified in the one individual. Often your specialist may choose to watch your progress over time in order to assess how stable your symptoms are.

For those with thinking, mood, or behaviour changes due to other reasons, a specific evidence-based plan addressing any reversible factors will help ensure wellbeing in the longer term. Avoid things that may worsen cognition, including alcohol and smoking. Sleep may be affected in head injury, and poor sleep may worsen thinking difficulties. Obtaining a laboratory sleep assessment if indicated, and treating conditions such as obstructive sleep apnoea, is a positive step to take.

Having a general practitioner who can coordinate care is part of good CTE dementia management.

CTE is a preventable condition through the avoidance or minimisation of head injury. Good concussion management is likely to be an important aspect of preventative care. Following guidelines, protocols, and expert opinion after a concussion is one way to assist. You may choose to contact your sporting club or workplace administration to discuss ways you can minimise head injury.

Finally, remember that sport has many benefits for vascular health and the reduction in vascular dementia risk, as well as other health benefits. People should carefully consider their options before modifying their sports participation.

You may have concerns about someone you know. Perhaps they may reject offers of help. It may not be the person’s choice to think or behave in a certain way, but the result of dementia. Gently encouraging a memory check with their doctor can be a great place to start.

Show compassion for yourself, as well as others. Remembering to care for your own wellbeing is vital for your loved one’s best care.

The way that carers communicate, or interact with, a person with CTE dementia can improve their responses, and seeking roleplay assistance from a trained psychologist or occupational therapist in head injury can be helpful.

Worldwide, there are many shared stories of those who are living with a person experiencing CTE dementia. Concussion and dementia support groups can also be an option. Simply knowing that others understand your concerns and that help is available can be reassuring.

Grief for the future — your retirement/time together again — loss of the relationship you thought you were going to have.

Find out more about this condition and treatments available.